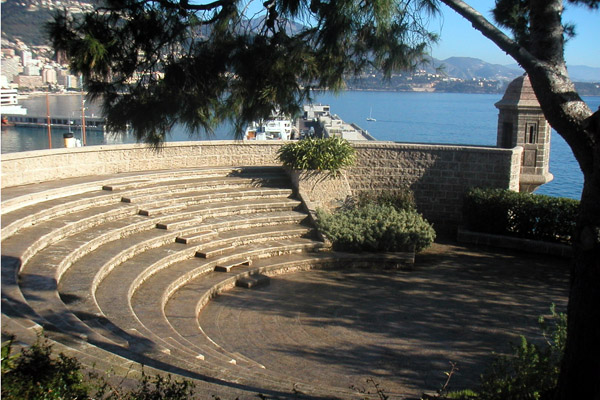 This fortress built at the beginning of the 18th century, is now an open-air theater; it was rebuilt in 1953 under the initiative of Prince Rainier III being damaged in 1944.

Its military architecture, watchtower and the almost total solitude which can be found there, combine to give it a unique and particular charm. Its stage has been pleasantly arranged with a pyramid of cannon balls at its centre. The military architecture of the fort is emphasised by the pittosporum hedges which serve as protection as there is no parapet.