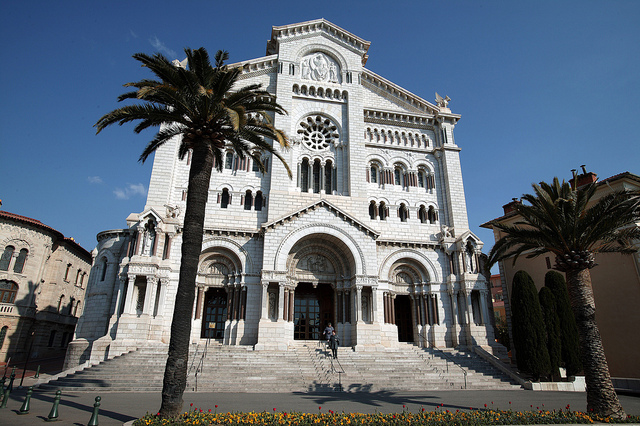 Built with the stark white stones from La Turbie in 1875, this Roman-Byzantine-style building houses the burial places of past sovereigns, including Prince Rainier and Princess Grace.

From the interior design, you can admire an altarpiece by the Niçois painter Louis Bréa dating from 1500 as well as the high alter and the Episcopal throne of Carrara white marble. Pontifical services are held during great liturgical celebrations accompanied by the harmonies of a grand organ with four keyboards, inaugurated in 1976 the magnificence of which permits the organisation of outstanding spiritual concerts. From September to June every Sunday at 10am, mass is sung by the “Les Petits Chanteurs de Monaco” and “Cathedral Choir”.